Last November, a delegation from Beira, Mozambique visited the Netherlands to discuss the different challenges and opportunities around water management. The Operation and Maintenance (O&M) of coastal protection, drainage and sewage infrastructures was highlighted in the program of the study visit. Different organizations and locations were visited, and it turned out to be an inspiring week in which knowledge, expertise, and different solutions where shared and discussed.

Collaboration between the Dutch water sector and Beira

For over 10 years the Dutch water sector has been working together with the municipality of Beira. This strategic port city is one of the biggest cities of Mozambique. Like Rotterdam, the city is extremely vulnerable for sea-level rise and flooding. To become more resilient as a city and community, the municipality and the Dutch government and water sector worked together on a strategic sustainable development plan: Masterplan 2035. The plan focusses on water management, economic prosperity, building resilient residential area’s and strengthen the municipal organization. Different Dutch programs, like Partners for Water (RVO), Develop2build and DRIVE (Invest International) and other Dutch governmental organizations like the Dutch Embassy and the Dutch Ministry of Foreign Affairs are supporting the implementation of this plan. 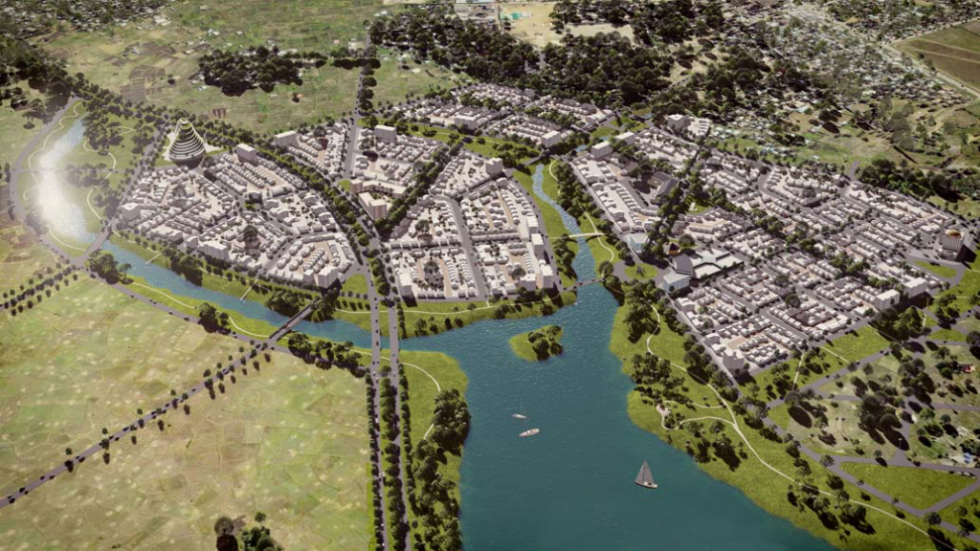 Field visit on Nature based solutions

Deltares, an independent knowledge institute for applied research in the field of water and subsurface, welcomed the delegation. They elaborated about nature-based solutions, dune coastal protection and urban flood resilience and shared their knowledge about the most important challenges that remain after the implementation of the drainage and coastal protection projects.

After the presentations a visit was planned to the Maasvlakte coast and Spanjaards Duin. Here they could see the difference between hard and nature-based solutions. The delegation reported that they have become convinced of the functioning and robustness of dunes as natural protection against floods. They realize the advantages of implementation and the importance of maintenance of the dunes and community awareness.

Working towards a climate proof city

In Rotterdam the delegation visited the Global Centre of Adaptation (GCA) and the city hall. The GCA is promoting  climate adaptation measures and also focuses on Africa. GCA has own funding and works with partners like  AfDB, WB, UN, IMF, European Bank. A concrete result of the visit is that a working group with GCA, Rotterdam, Netherlands Government and Beira will be set up to work on ideas where GCA can give support in the efforts of Beira to become a climate resilient city.

Mayor Aboutaleb from Dutch’ port city Rotterdam also welcomed the delegation. He pointed out that the required energy transition could offer opportunities to a port city like Beira and offered support from the Rotterdam Municipality in the exchange of knowledge on urban climate adaption. The delegation learned about the climate change effects for Rotterdam and their adaptation program towards a climate proof city: ‘Rotterdam Weatherwise 2030’. Through the program, the municipality gained a lot of knowledge on asset management and they are willing to share this knowledge.

Signing a MoU for affordable housing

An important outcome of the visit was a signed MoU (memorandum of understanding) between the Municipality of Beira and Empowa at the Institute of Housing and Urban Development Studies. The signed MoU is to express the cooperation for the Maraza 25.000 houses project and to realize that climate-resilient and affordable housing becomes available for Beira’s middle-income citizens.

MoU signed between the Municipality of Beira and Empowa

The importance of social inclusiveness

While visiting the Markermeerdijk, the delegation learned about the intensive stakeholder management process and the innovative approach to collaborate with the private sector that was needed for the dikes reconstruction. The need of social inclusiveness was further emphasized during a Social Inclusiveness symposium, were instruments to increase social inclusiveness in terms of community and stakeholders in project design were presented. Mayor Albano highlighted the need to include the community on governmental plans and to activate them to be an active stakeholder: “The citizen has to sense that the canal does not belong to the municipality, but it belongs to the population and works to keep the municipality safe”.

The delegation has become convinced about the use and potential advantages of nature-based solutions, the need of community involvement and the focus on operations and maintenance. Mayor Albano highlighted the relevance of The Netherlands as a key stakeholder that supports Beira on its long-term plans. The delegation returned to Mozambique with new perspectives and the prospect of welcoming a Dutch delegation in the second half of January 2023